Our committee are made up of 14 members, here is a little bit about them: 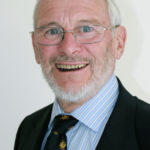 Born and raised in Felixstowe and a junior member of FFSC. Raced regularly Saturday, Sunday and Wednesday evening until 1968 when he left the area.

Became a member again in 1987 when he took on the Sailing Master position at First Felixstowe Sea Scouts. This morphed into Felixstowe Ferry Youth Sailing which is now Youth Sailing at Felixstowe Ferry and still running today. He was manager at Bawdsey Quay Watersports from 2002 until 2016 when the Bawdsey Manor school closed. Alan is a Qualified RYA Senior Sailing Instructor, Advanced Sailing and Keelboat  Instructor and an Advanced Power Boat Instructor . Alan became the Principal of the RYA training centre at FFYS and then in 2017 FFSC Training Centre. 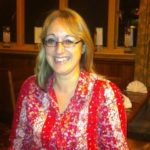 Born during Deben Week 1966 and raised in Felixstowe. Jane has been a member of FFSC all her life and been involved in the club in many ways (social secretary & secretary) over the years. She started sailing Mirror Dinghies in the 1970’s with her Dad (Patrick Billing). Jane joined the East Suffolk Waterski club from 1994 til 2007. Today she helps with the Crow’s Nest on a Wednesday night and is Publicity officer for both the club and Art at the Ferry. Jane’s company Billie Box sponsors Carl Giles Safety boat & Art at the Ferry.

Sam has been a club member since 2001 and was Sailing Captain for two years before becoming Rear Commodore. After sailing 29ers he moved to catamarans where he has been involved in the Spitfire Class Association and the organisation of youth catamaran training across the UK. Sam now sails F18 catamarans and sails competitively on the UK circuit.

Stephen trained in Cadets. He raced successfully as crew with top helms in Hornets and in Papua New Guinea in Hobie 16 Cats, and also crewed a 30 foot half ton skimming dish in PNG for several years. Stephen joined RHYC 18 years ago to sail yachts. He and wife Jane moved to Felixstowe on retirement and currently sail a Nordship kept in Denmark whilst exploring the Baltic. Stephen has previous club committee experience at Thorpe
Bay, PNG as fleet treasurer, RHYC on general, sailing and marina committees, and experience
relevant to treasurer role includes degree studies in economics, a post graduate diploma in
accounting and finance, practical accountancy responsibility and 16 years experience of growing a
business as chief executive.

Jane White has been a member of the club for many years, her earliest memories including being tall enough to see over the bar counter, and the beach in front of the club. She began helping in the crows nest in the early 1990’s, taking a break when having her two sons. Jane has travelled the country and abroad with her son Aaron, who was a member of the British Cadet Team. Her youngest son Josh joined Youth Sailing at the club in his early teens and still helps at Championships as beach master. Jane took on the position of Secretary in 2009, until
2016. She decided to try a new challenge, Social Secretary, which she held during 2017 and 2018. She returned to the position of Secretary in 2019. 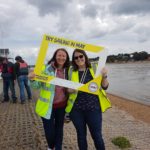 Vicki is to the right of this photo. 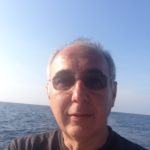 Richard has sailed all his life and grew up racing at Waldringfield SC before coming to the Ferry to improve his  Laser sailing skills around 1980.  Richard also loves yacht racing and currently owns Big Rafiki. Richard returned to live at the Ferry with Jane White in 2019, and volunteered to take on the clubs maintenance from Foggs. 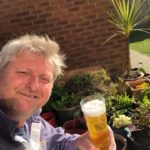 Mark joined the club in the late 1980’s . He was on the committee many years ago representing the Catamarans, Darts 18 and Hobie Cat 16. Mark helped arrange the Hobie Cat 16 National Championship in 1993. Mark has sailed, paddled, surfed, windsurfed, foiled, rowed and motored all sorts of things over some 47 years. Mark is a Commercial Yachtmaster and an Offshore Delivery skipper for a local sea school. He can also instruct for sailing boats, dinghies and powerboat. 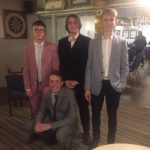 Sam is to the left of this photo.

Before joining the club in 2014 through the youth sailing scheme I had been around the club for a good part of my life – yacht cruising since a very early age. After progressing through youth sailing I started to join in with club racing and training which led me to purchase my own laser – I raced this for the last 4 years. More recently I have delved into racing catamarans and teaching dinghy sailing at the clubs expanding Training Centre. By joining the committee I hope to bring a more youthful outlook to events and happenings that occur. (Ed is to the right of this photo). 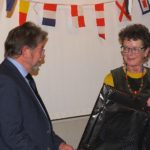 Lynda has been club Secretary and Yacht Captain respectively.  She joined the club in 2015 when walking past on Bart’s Bash day. Lynda and Dave downsized and moved to Felixstowe 2014, both determined to follow
his lifetime passion for sailing, after whetting their appetites by volunteering at a local sailing charity. They have a yacht at the Ferry and enjoy exploring the beautiful coastline and rivers 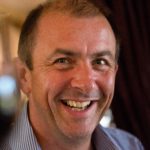 Paul Smith has been an active club member since 2007 when he joined Youth Sailing as an adult helper and introduced his children to sailing, progressing to senior instructor and group leader for beginners and occasionally improvers. He has been secretary of Youth Sailing since 2010. He learned to sail in Baltimore, Co Cork near Fastnet Rock in 1977 and has been hooked on sailing ever since. He has sailed an Americas Cup yacht in the Solent (France II) and has all his life lived by the sea. He sold his Laser 2000 dinghy recently and acquired Freya (Pandora 21’) in 2016, moving to Roamer (Seamaster 26’) the following year. He is honing his big boat single handed skills in preparation for some serious cross channel sailing once the last of the four children leave home and he retires and has more time to enjoy the leisurely side of cruising life. 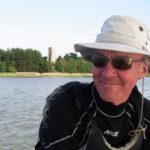 Doug has been a club member since the early 1990s when he started to bring his children to the club to participate in scout sailing. He made the mistake of mentioning he’d done a bit of sailing, and quickly became roped in with helping to bring young members into the club and teaching them to sail. Over the years this has been a great source of satisfaction, and for some years he has been a senior instructor and treasurer of the Youth Sailing group. Although dinghy sailing is his first love (Laser2000 and dinghy cruising in particular), he has
also done many miles of yacht cruising and racing.