Going into the final day two contenders for the title remained. Mike/Rob were just one point behind Andy/Tim meaning that either could take the title dependent on their performance on the day. No pressure then!

Most of the fleet had enjoyed a few beers the night before with their fantastic lamb or chicken roast, cooked by the very talented chefs at Felixstowe Ferry SC, due to a very uninspiring forecast (gusting 4 knots). However the forecast wasn’t wholly correct and a decent 7 knot breeze greeted the sailors on the water and the 7th race got underway after a short postponement.

Mike/Rob started as they meant to go on with rounding the windward mark in first followed by Vince/Christian and Andy/Tim. Not the ideal start Andy/Tim were looking for! Unfortunately for them they were unable to claw it back from Mike/Rob and finished 4th after letting Ian/Dan through to 2nd place.

With a number of teams praying for an 8th race the wind mercifully held. Much to the delight of Andy/Tim who now had to win this race to win the championships and Mike/Rob just had to prevent that from happening to win. Needless to say, battle was about to commence. 5,4,1, and race 8 was able to get underway with Terry/Mark in the “Pride of East Anglia” taking gate boat honors. Martin/Adrian rounded first with Alex/Adam chasing them down. Matt/Tim, Vince/Christian and Ben/Rich all battled for 3rd. 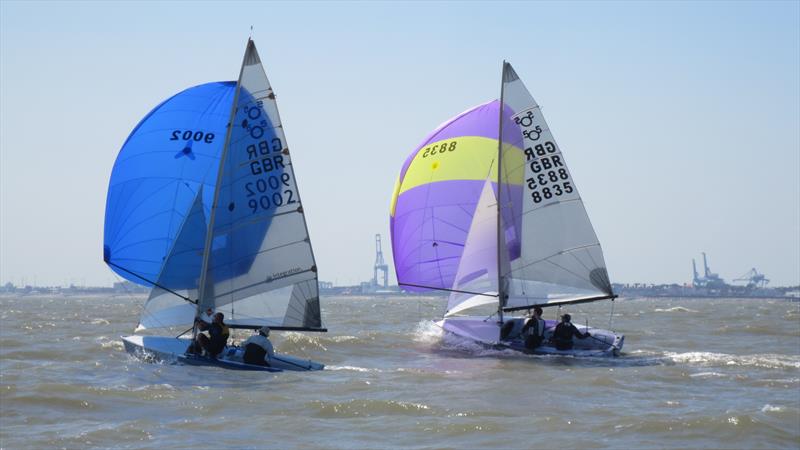 The second leeward leg saw Alex/Adam overhaul Martin/Adrian and finish 1st and the latter 2nd. Matt/Tim finished in a well deserved 3rd place. Andy/Tim & Mike/Rob had been sailing such their own race that by the second leeward run they were a lap behind everyone and thus sailed in to discard their DNFs as it was now too late to claw it back. 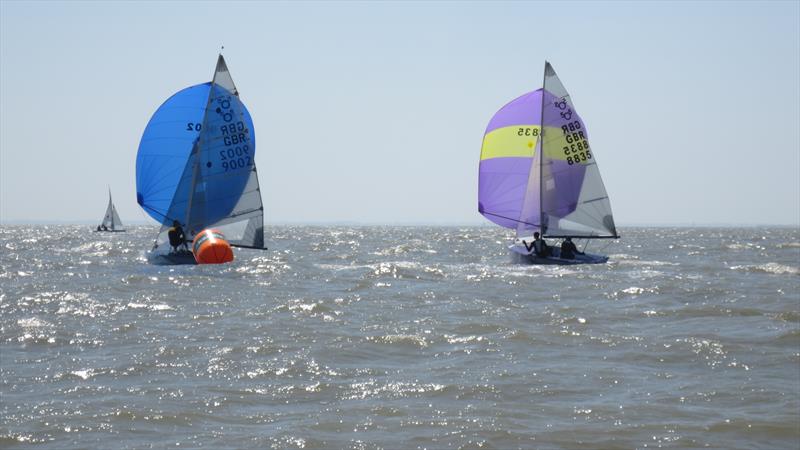 A great end to a great nationals. To quote the champion “It was a fantastic event, well run by the Sailing Club and great competition” To all of you who missed it… your loss! But make sure you make it to the upcoming opens at Largo and Shoreham. Check out the website for more info!

For those going, we shall see you in Kiel. I shall leave you with one more congratulatory remark to P&B sails and Rondar Raceboats for taking 1st, 2nd, 3rd, 4th & 5th place.