On the 29th of July several FFSC members (Sam Rowell, Mark Stones, Mark Patterson, Sonia Hare, James Head, Howard Head) started packing and travelling to Medemblik for the 2016 Dart 18 World Championships. Most took the Harwich ferry to the Hook whilst others took the longer way round and hit delays at Calais. Medemblik itself is the oldest city of West-friesland and is approximately 40kms north of Amsterdam.

Over the weekend boats were scrutineered to the extensive Dart 18 class rules. Sams strop for example was 5mm too short and had to be replaced whilst the boat was stored in the special remediation bay. 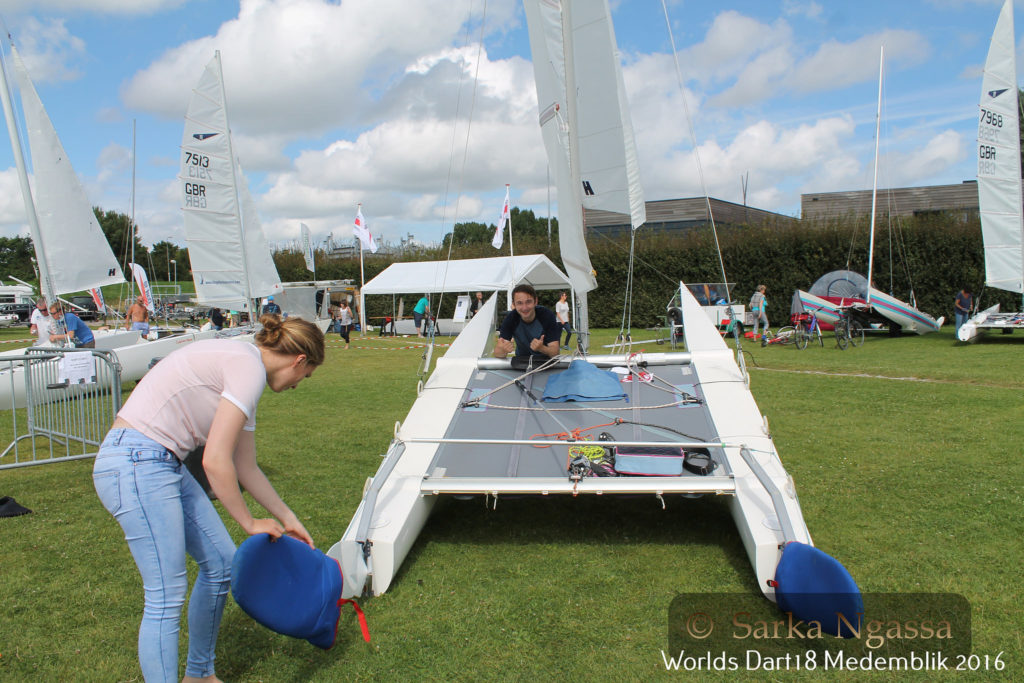 Sunday afternoon was the first practice race which saw the teams getting to grips with their boats and getting used to the Medemblik Chop. Teams placed well and it was good to get practice of big fleet starts with the other 100 boats. 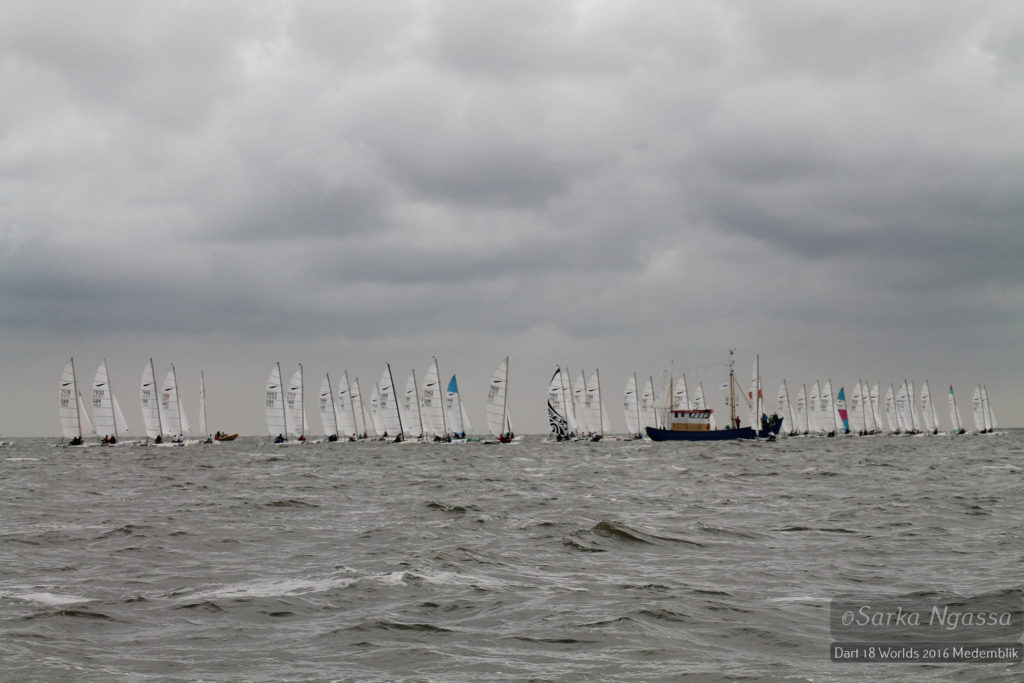 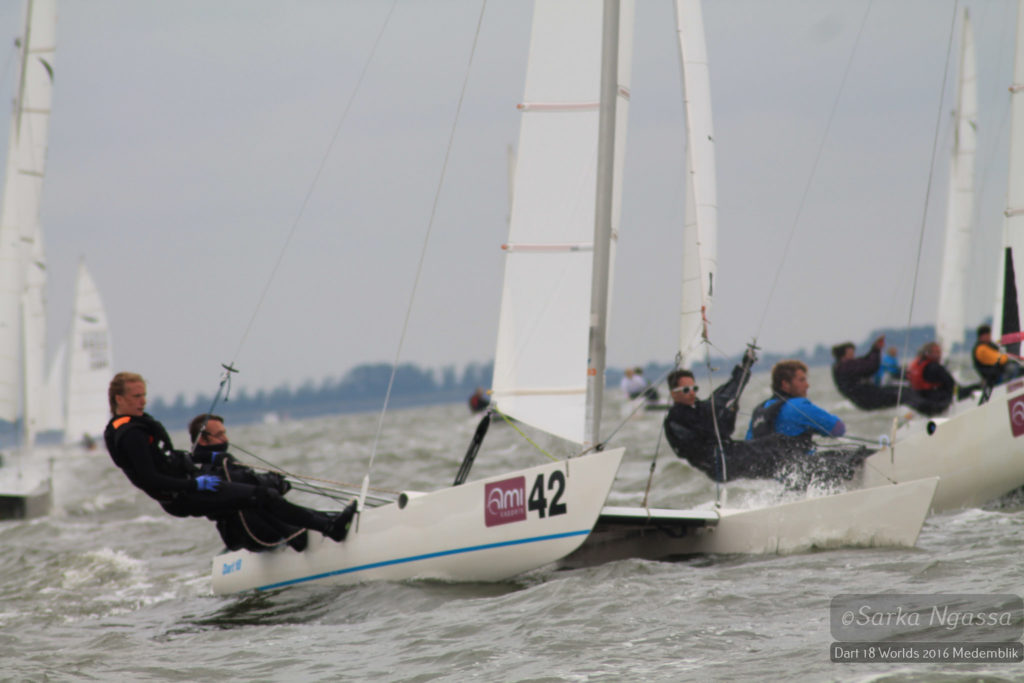 Day 2 saw the breeze pick up. Hulls up and crews out trapezing on the wire. With the breeze up and racing hard for places the queue of boats for repair after sailing was extensive ranging from broken shrouds to entire front ends missing. The Red Party was the evenings entertainment which saw many beverages consumed and some wobbly cycling on the way home. 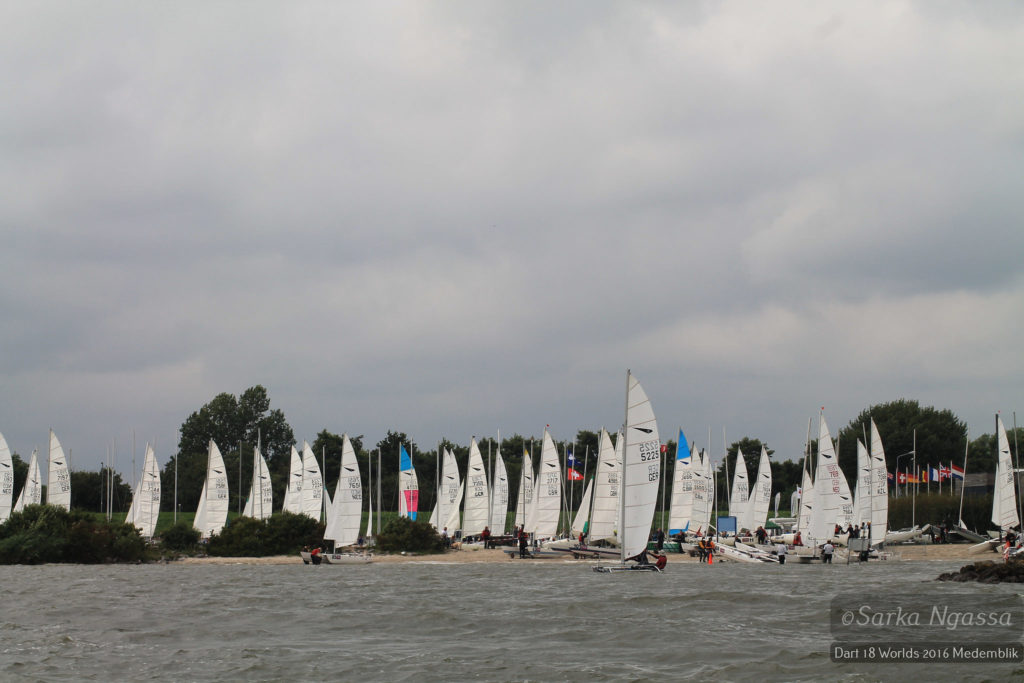 Day 3 saw only one race which allowed competitors to explore the town. Most teams explored Medemblik whilst others took a hit, discarded the race and visited Amsterdam for the day. Although it was only one race it was extremely draining due to very windy conditions. Sam Rowell & Megan Smith maintained their 44th place with a 27th in Race 5. James and Howard Head slipped down to 29th place but crossed one place behind Sam and Megan in 28th place in Race 5. Mark Stones came up the rankings to 54th place. 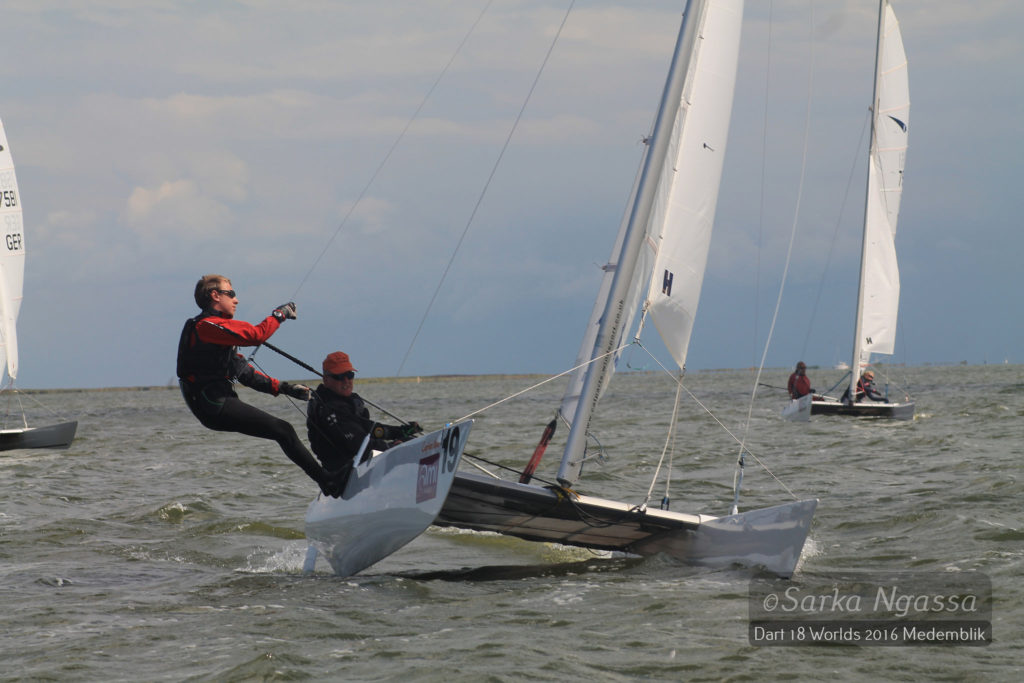 Day 4 again saw heavy wind for the fleet. No breakages for FFSC boats however other boats were demasting and pitchpoling around the windward mark and leeward gate. Conditions appeared to be light when launching and visibility was poor due to fog. This quickly changed to heavy winds and Sam was relieved to have not changed his rig tension. Mark Patterson and Sonia turned back as the conditions worsened. Evenings entertainment was a BBQ enjoyed by all but Sam who drove to Texel to see FFSC Member Ned Aufenast who is developing foiling catamarans out there. 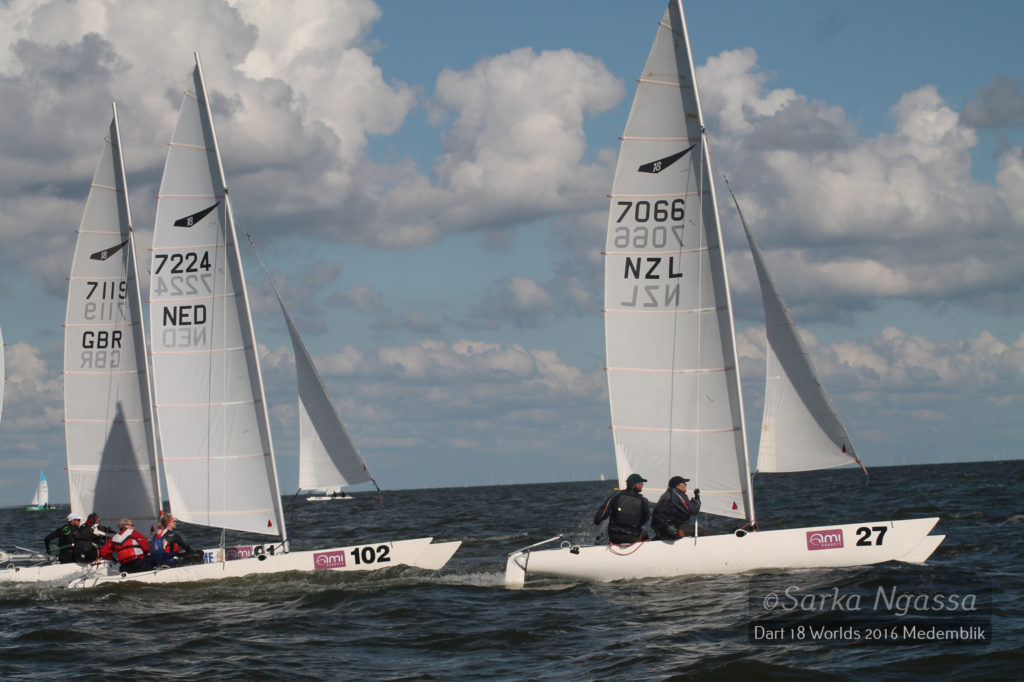 Day 5 was the final day of racing and saw the final of the 10 races sailed. Two discards now in play meant teams could bin off their worst results. Weather had eased off a little and three races were sailed. Final results saw Sam & Megan taking 46th, James and Howard taking 31st, Mark & Sonia taking 88th and Mark Stones taking 56th.

Congratulations to James & Howard Head who also took the highest place newcomer but also the youth prize. A mad packup for team Rowell and team Head who were on the ferry back to Harwich at 10pm. 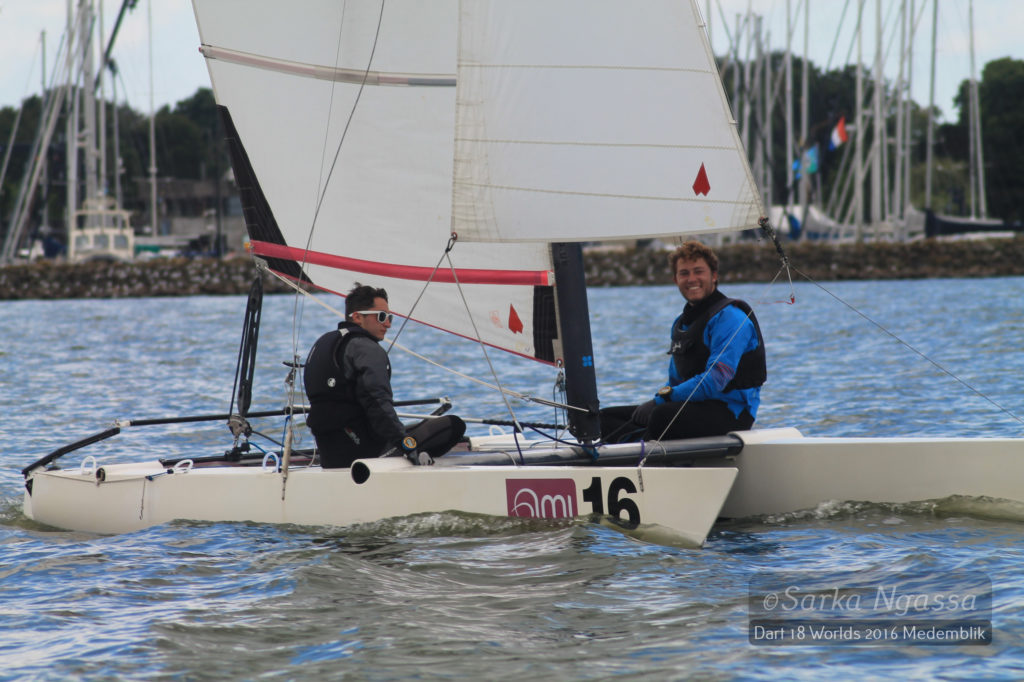