Easter Sunday dawned and the Billie Box flag indicated a light East North East 8 knot breeze accompanied by beaming sunshine and high temperatures. This called for a long course out to sea – channel course out followed by a triangle sausage course between Haven, Dip and Cobbolds Point and then heading back up to the club line.

Racers started to arrive and rig up there boats ready for the briefing at 11am. This was the second race of the FFSC Special Race Series sponsored by Suffolk Sails and Billie Box and the first ever race to be started using Sam Rowells new traffic light starting system. Great prizes for the series have been provided by Suffolk Sails and Billie Box.

Six boats were launched into a fast following spring tide making starting interesting due to the wind shadow from the trees on the Bawdsey shore. At the gun all the boats were bunched up next to the Bawdsey shore, out of the tide, all in hope if getting a lucky gust to get them out of the shadow. Roger Lewis and Debbie Hawkins in the RS400 were the first past the trees followed by team Suffolk Sails (Simon Scammell and Matt Read) in the Merlin and Sam Rowell and Holly Taylor in the Dart 18. Doug and Bev Chesterman in the Laser 2000 and Ed Swain and Zac Monk in the F18 were still yet to get past the Bawdsey headland. They soon did and the whole fleet headed out to sea with their spinnakers flying.

It wasn’t long before Ed and Zac took the lead in the Hobie Tiger and found themselves out of the river whilst the other boats struggled against the tide. As the fleet headed out to sea Dan Smith and Harley Barkes were still battling to cross the start line in their very tippy 49er. It was very hard to keep the boat upright in the very shifty winds and strong current behind Bawdsey. This caused them to have a DNS but they joined the fleet out at sea anyway. 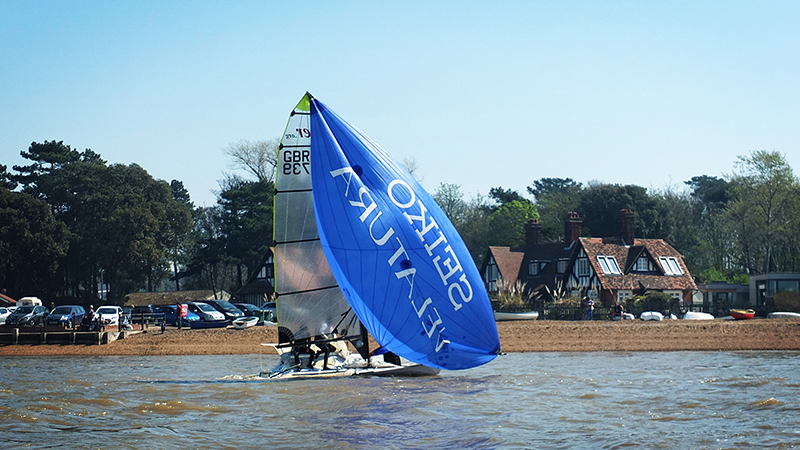 After leaving the river the fleet began the long downwind leg to Cobbolds Point. Ed and Zac rounded first with the RS400, Dart 18 and Merlin all rounding within seconds of each other, followed by the Laser 2000. Then began the long beat up to Haven. It was evident that it would pay to do small tacks up near the shore in order to keep out of the tide, which would inevitably favour the monohulls. A long tack was needed however, when making the jump from the shore to Haven. This had to be judged correctly to spend as little time in the tide as possible. Unfortunately, because of the light wind and strong tide the Laser 2000 wasn’t able to complete this leg resulting in a DNF.

After turning the mark it was a reach down to Dip. This is where the fleet could really stretch their legs and use the tide in their favour. Every boat launched their kites where possible and Ed and Zac really extended their lead by hull flying all the way down to the mark. The RS400 rounded and hoisted, followed by the Dart 18 and then the Merlin. At this point the 49er was finally in the vicinity.

The next leg was the other reach down to Cobbolds Point which turned out to be very deep – where the Merlin was able to come into its own. Simon and Matt were able to use the symmetric kite to sail much deeper to get down to the mark whereas the others had to complete gybes. The rounding order stayed the same as it had been all race. 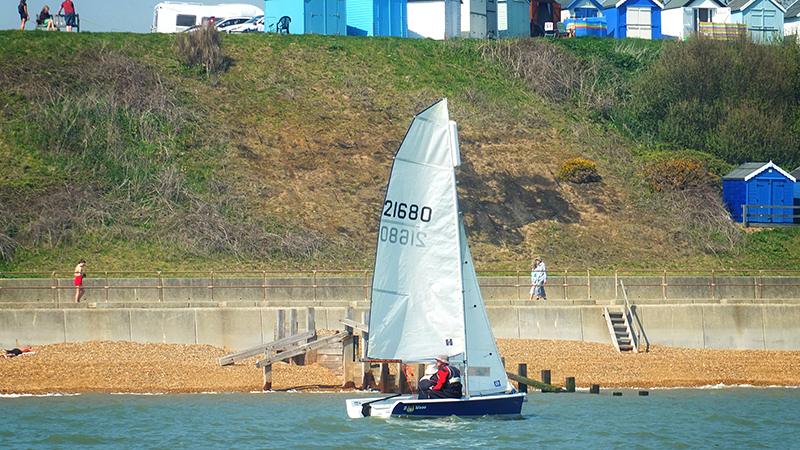 The last beat up to Haven called for the same tactics as the last beat – stay close to the shore. The last reach from Haven to the channel was very tight allowing the spinnaker boats to extend gain ground on the Dart 18.

The final stretch was one tack for the monohulls but a beat for the catamarans up to the club line where Zac and Ed took line honours by over 20 minutes. Next was the RS400 then the Dart 18 followed by the Merlin.

The overall winners after handicap were Roger and Debbie in the RS400 with Simon and Matt taking second, Ed and Zac taking third followed by Sam and Holly in the Dart 18 in fourth. 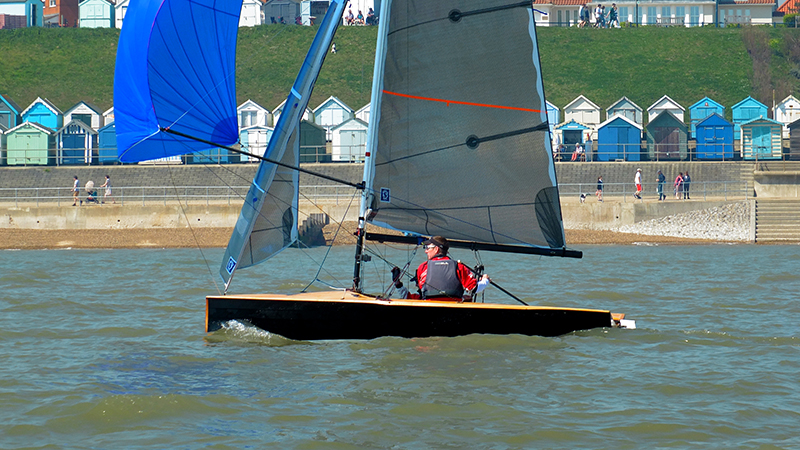 FFSC would like to thank all of the safety boat crews, Joe and Nick Read for the photos and Ed Swain for being the Race Officer. Thanks to Suffolk Sails and Billie Box once again for the sponsorship of the Special Race Series which is continuing on the 5th of May with the Pursuit Race. 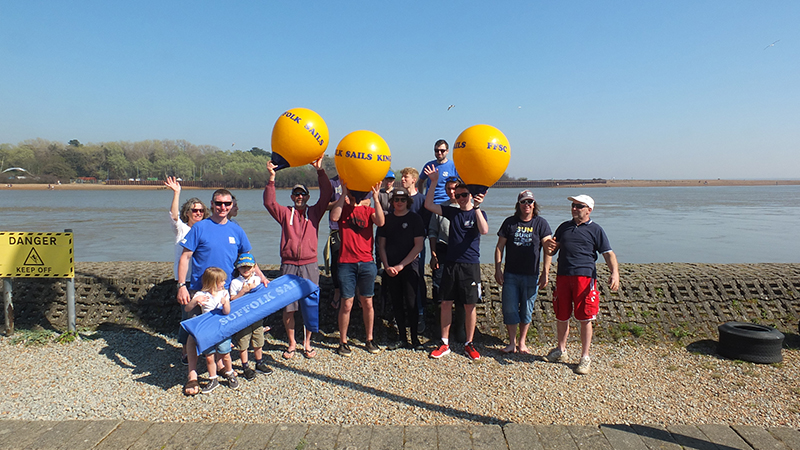