This Sunday saw the first Long distance race for many years, clocking in at 17.85 miles. The weather gods played their part and we had a perfect forecast. W S/W 18 Knots gusting 23. Tim O’leary set the course and departed to the crow’s nest for the start. James Woollard and Sam Rowell in the Hurricane 4.9 had the best start and edged away from the B14 of Roger Lewis and Chris Coe. The pair of Dart 16’s had some confusion around the start and crossed the line late. 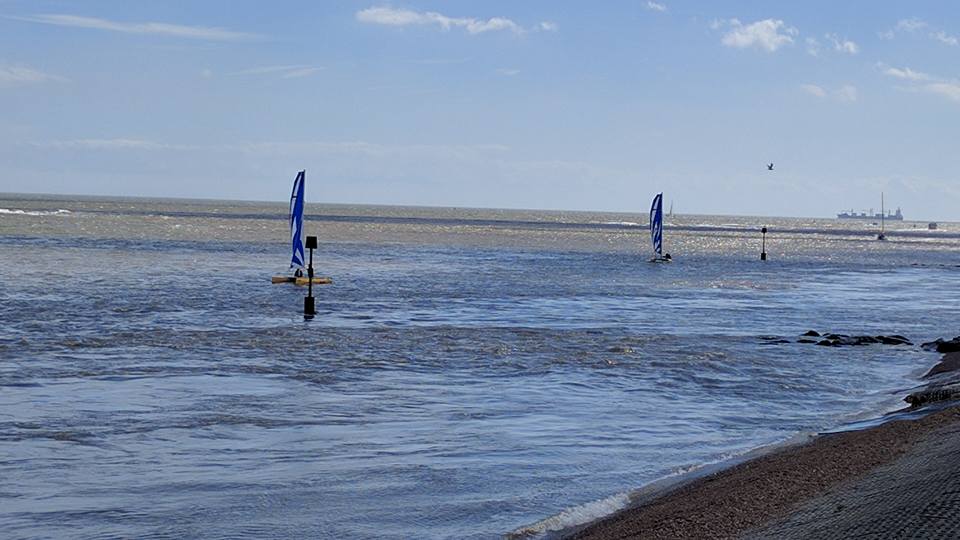 The hurricane left the river first and had stretched out a tidy lead over the B14 with the Darts making good progress behind. Once the Hobie Tiger of Andy Robinson had left the beach he made light work of the upwind work out of the river and started closing in rapidly on the rest of the fleet. 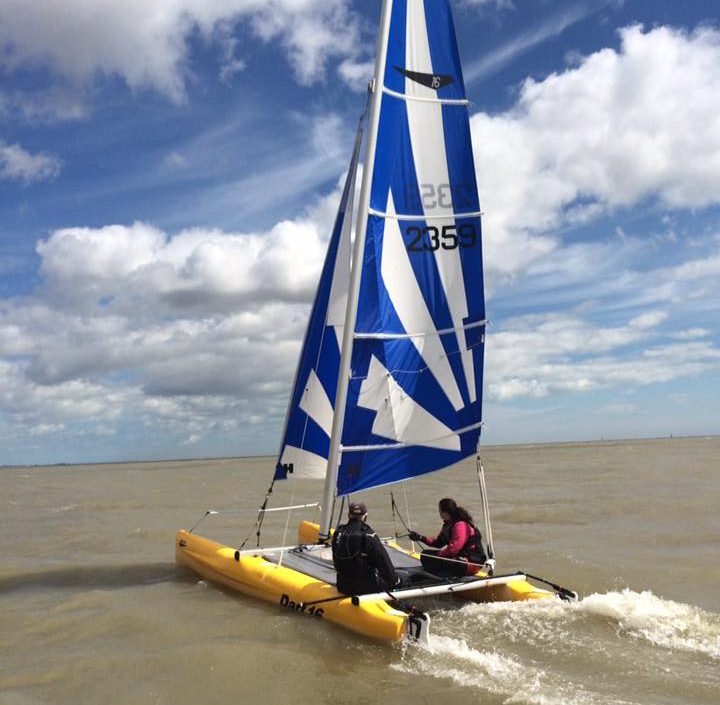 The fleet headed towards Orford Haven for the first mark with the B14 closing the gap on the hurricane with the advantage of the asymmetric spinnaker. The Hobie Tiger again closing the gap to the leaders. The boys in the hurricane had a swim by Orford and managed to rescue their belongings before they drifted away.  With the B14 catching they also had a swim with the spinnaker drop not going as well as planned. Both boats righted and continued in the same order out to Cutler. After rounding Orford Haven the Two Dart 16’s (Paul Williams and O. Smith)(Donald Sloan and Rob Morgan) went offshore (really offshore) but seemed to be having a great one design battle between themselves.

The tiger seemed to make light work of all this even with rookie crew Lucy Ellery and powered past and got to the rough grounds of Cutler first and never looked back. They backed off a bit with the conditions but still made great pace back upwind to Wadgate Ledge. All the boats headed offshore for a tidal advantage before tacking back into the ledge. The next leg saw the boats cruise the seafront to the Cobbolds Point green buoy with the offer of an automatic win for any boat that brings back an un melted ice cream for the OOD. Unfortunately no one took up the offer…..

Andy Robinson in the Hobie Tiger was the first mast on the horizon with a nice reach back up the river to take line honours in a time of just over 2 and a half hours. The Hurricane 4.9 next with the B14 not being able to catch them with the kite but the gap reduced. The Darts 16’s still together looked to be having the best battle and crossed the line seconds apart! 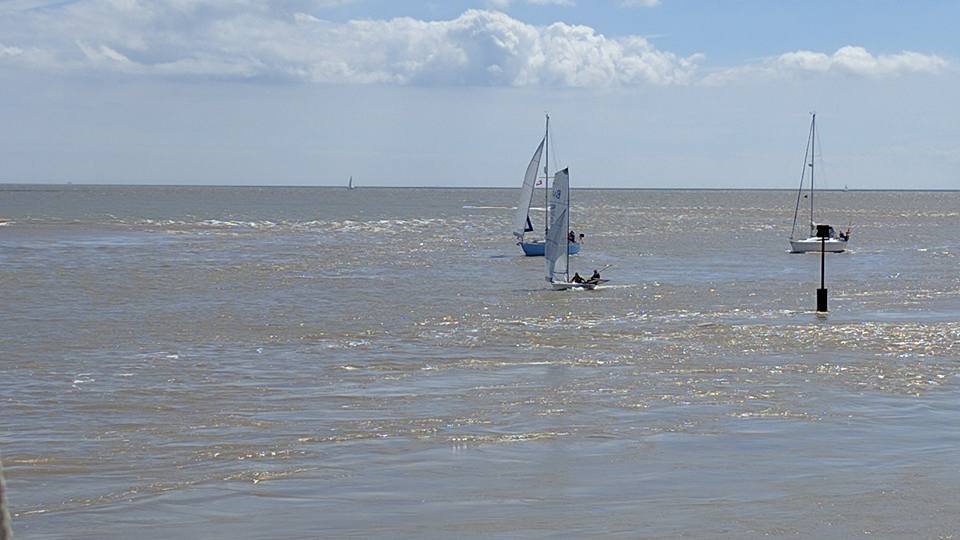