The first Saturday Afternoon racing was scheduled for 2.30pm last bank holiday weekend. Upon arrival the wind was light and often dropped to nothing. With club sailors assembled it was agreed that we would cruise round to Felixstowe front using the newly purchased Dart 16s that had only been rigged for the first time that morning.

With boats assembled, sailors changed and safety boats afloat the fleet set off into some breeze in the river. With moderate tide and a drop on the wind we went backwards for a while before the wind switched 180 degrees and took us out of the river. 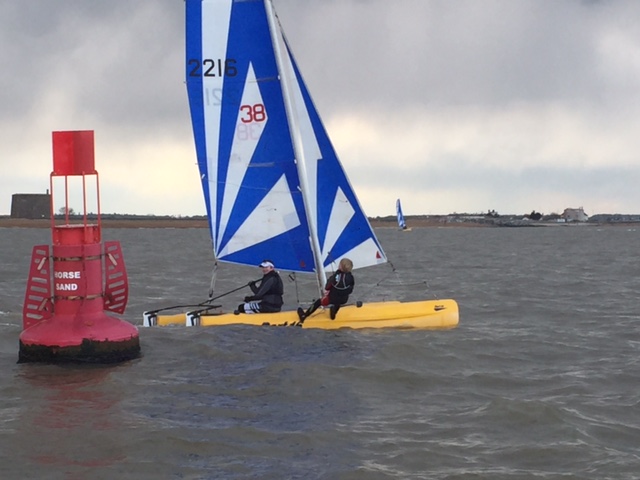 Nick Swain and Steve Waldridge were first out of the river with Steves Dart 18 whilst the Dart 16s weren’t far behind. Later the team arrived and beached next to the pier with the safety boat anchored off the shore. Teams went ashore for chips and icecream. 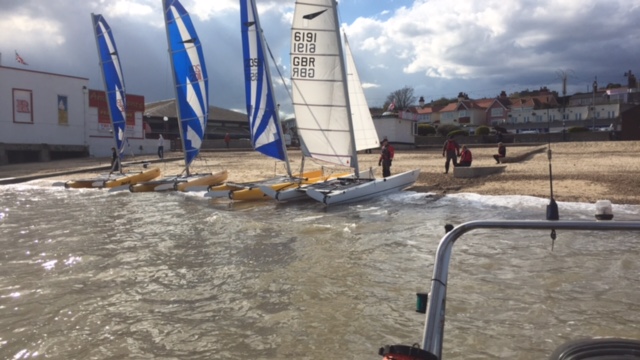 All apart from Alasdair Nichol who remained on the safety boat and was brought an icecream by Sam Rowell who waded out to deliver it. 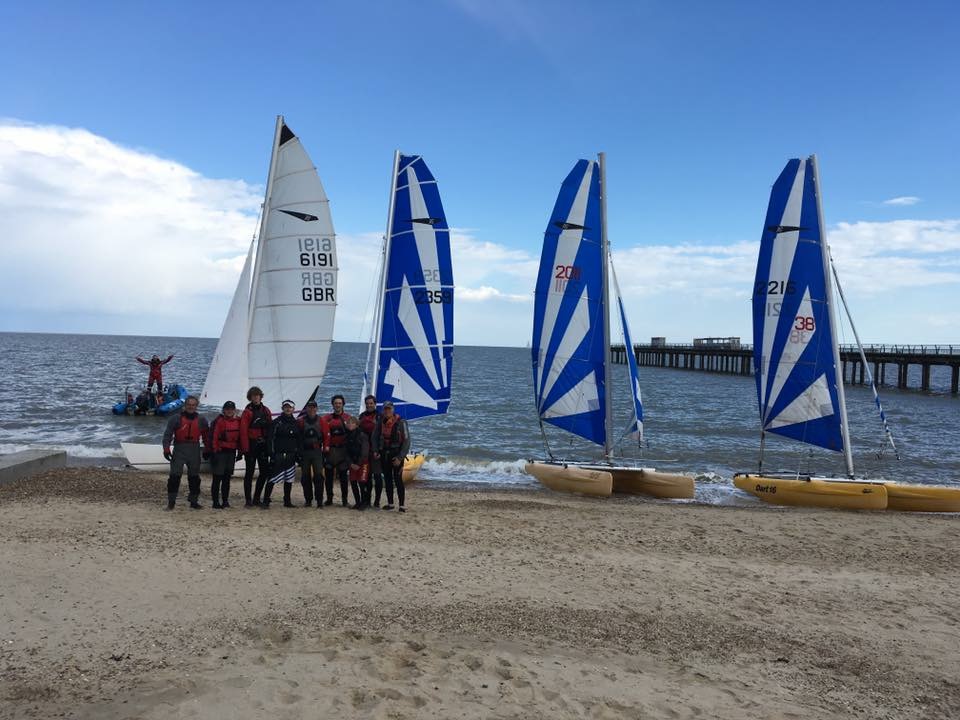 On the way back the wind picked up which saw some trapezing hull flying action along with one capsize. Rob and Nick had a great time renting club boats as per usual and Donald Sloan single handed a Dart 16 all afternoon which was fantastic to see. The next Saturday afternoon racing will be on the 28th of May.

All the club boats are now up and running and available to rent at very reasonable prices. Double Handers (3x Dart 16s 1x Laser 2000) are £10 per half day and single handers (2x Laser Ones) are £5. Please see Paul Williams, Andy Robinson, Sam Rowell or James Woollard to get signed off.