The Saturday before Barts Bash was a busy one with Youth Sailing taking place in the morning and a combination of two sailing events taking place in the afternoon. The first scheduled event was race training for Barts Bash the next day. The second was a new members afternoon to give our new members the opportunity the get some time afloat before more formal sessions are added to the club calendar.

Come 2pm the four Dart 16s, club laser and club laser 2000 were all on the beach ready to go along with two safety boats. Training would be in the format of several short starts running off the club line with a windward mark a hundred meters away to give something to aim for before returning for the finish. New members were paired up with existing members whilst Gemma and Paul sailed the Laser 2000 unaccompanied working towards their RYA Level 2 qualifications . Andy Robinson remained ashore in order to run some starts. 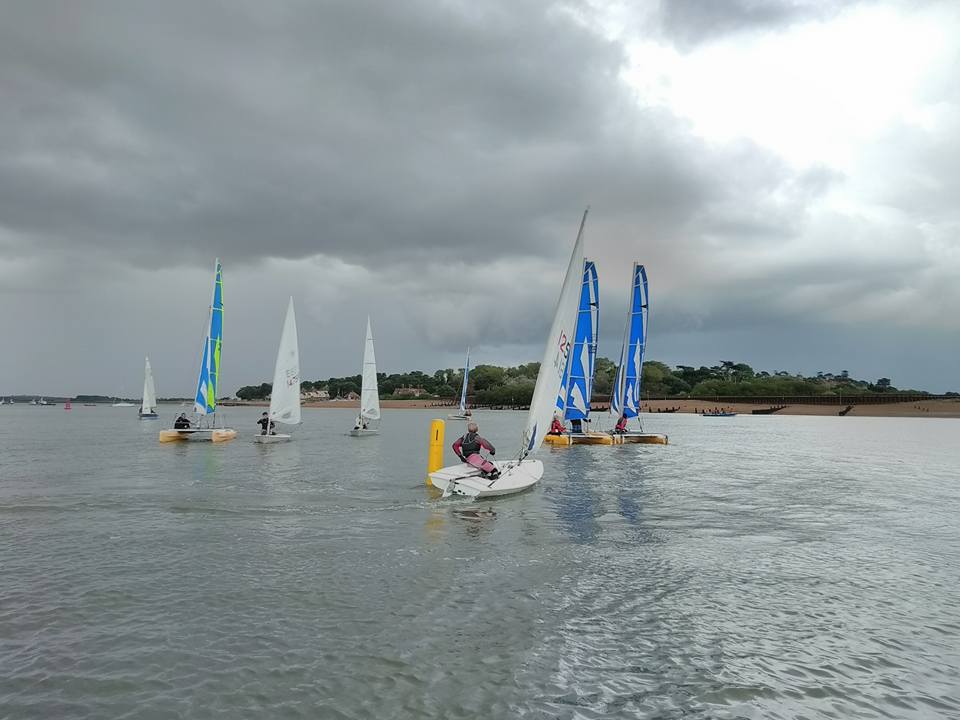 The wind was initially light with the course being more of a tight reach. Sam Rowell and Paul Williams stationed Miss Deben on the mark in order to give some mark round tuition. Andy kept score of results. 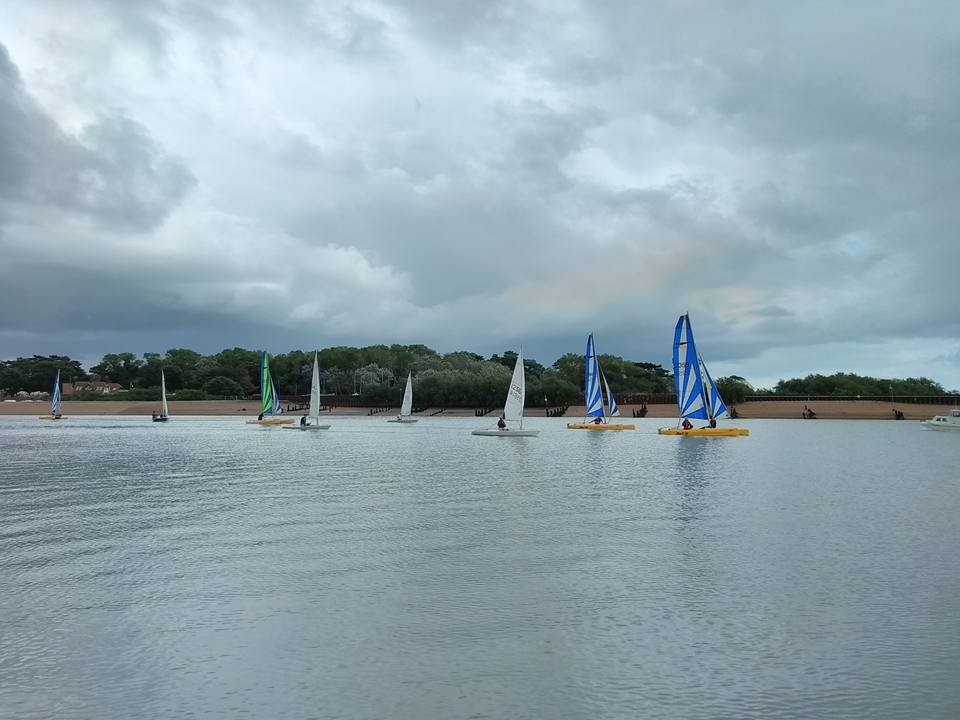 Mid session the rain finally arrived along with wind which caught both Lasers and the Laser 2000 out by surprise resulting in a few “assists”. The rain also brought a 180 degree windshift which meant moving the windward mark. Andy and those watching ashore retreated to the crows nest.

One race later the wind died completely and the fleet was sent ashore. Aim of the session was to improve on time and stiance whilst also putting a few mark roundings into practice. A short course and lots of boats meant there was lots of boat on boat action at the mark. 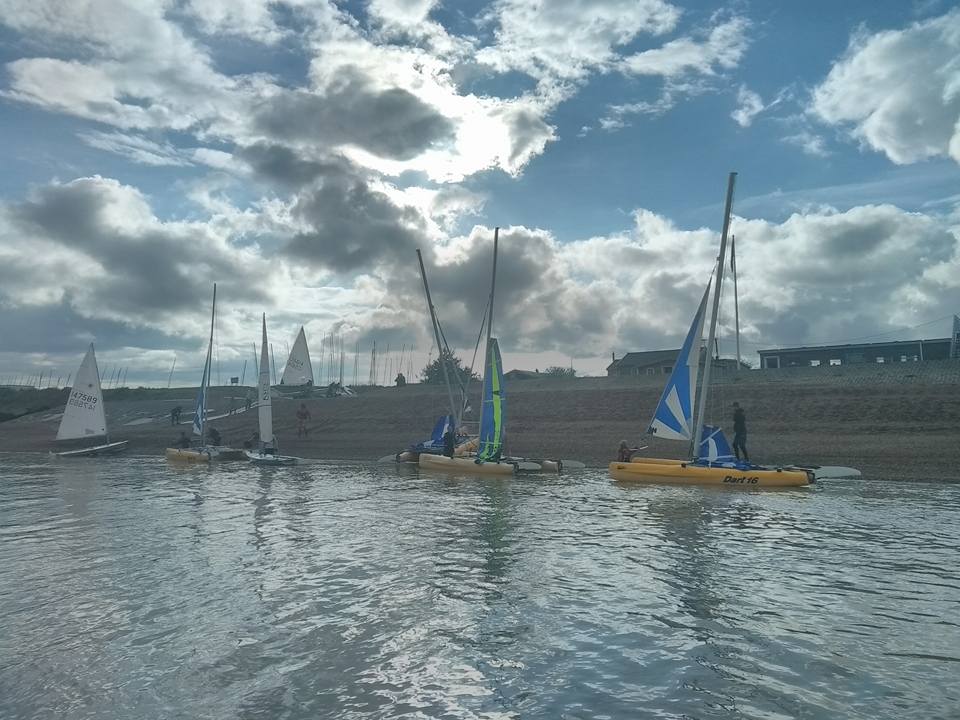 Thanks to all those who manned the rescue boats and for all out new members who attended. We hope to have more training and open days in 2018.