Following the 2021 AGM the new committee for 2022 has arrived and is working hard to ensure the continued success of your club. With annual changes to many of the roles it is often difficult to put faces to names. One of the biggest changes to the structure of the club is that the General Committee is now smaller with Rear Commodore House/Sailing heads now running their own sub-committees that include several of the positions that previously existed at general committee level. This change was implemented to allow discussions to take place within specific groups of interested individuals before being presented and ultimately approved by the General Committee, allowing swifter decision in the meetings themselves. The roles however remain the same and below is a brief introduction to some of the volunteers helping to run the club. 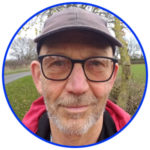 Roger first started sailing in 1972 in a Mirror dinghy in Dover. He sailed at FFSC in 1976 during the National Schools Sailing Team Championships and later in 1999 during the Laser 5000 Open Meeting. He later joined the club in 2003 and has previously been Sailing Captain and Rear Commodore (Sailing). He competitively races his RS400 and also sails his Pandora 22.

With Dad being a keen sailor I was lucky enough to grow up at the ferry and Dad ensured I could sail and row from an early age. Weekends and summer holidays were always spent at the ferry staying on the houseboat or Alvista and whilst Dad raced Mum would be cooking the galley.In my early 20’s I worked overseas for UNHCR and UNICEF in Former Yugoslavia, Tanzania and Rwanda during the Balkan war and Rwandan genocide.Over the years I have been involved at the club to support Dad when he served as Commodore on 3 occasions and also Mum when she was social secretary.It’s great to now be involved in the club on a personnel level and whilst I’m not currently sailing I am a keen rower and Chair for Felixstowe Rowing Club at the ferry. 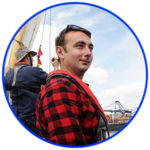 Sam has been a club member since 2001 and was Sailing Captain for two years before becoming Rear Commodore in 2016. He started sailing in Optimists before moving on RS Fevas, 29ers and later catamarans including Dart 15/16/18s, Spitfire and F18. Several years ago he was involved in the organisation of youth catamaran training across the UK until the RYA adopted and supported the Nacra 15 as the youth catamaran. He was manager at Bawdsey Quay Watersports centre and later setup the new FFSC Training Centre. He sails competitively on the UK circuit but spends most of his time setting up grassroot sailing for our club members, heading up activities such as ‘Sailing In Company’, Dinghy Cruises and Club Training sessions. He also manages the dinghy park and hire of club boats. Contact via sailing@ffsc.co.uk

Anyone who would like to help with any of the club house maintenance or organisation of events. Contact via house@ffsc.co.uk. 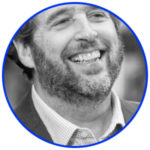 Tom joined the club five years ago and has been involved primarily with Youth Sailing @ Felixstowe Ferry, giving him the drive he needs to get out of bed early on a Saturday morning. His son Paddy is a keen laser sailor in the Wednesday evening series often heading up the front of the fleet. Tom aims to gain a better understanding of the different priorities within the club and to help foge a consensus so that the club can go from strength to strength. Contact via secretary@ffsc.co.uk 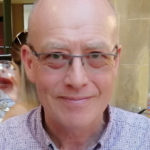 I’ve been a member at FFSC since 2016 and I’ve greatly enjoyed sailing here and making friends with the members. I’m originally from Glasgow and I worked for BT at Martlesham for 36 years as a software developer until February this year when I retired. I volunteered to be membership secretary because my skills are a good fit for the role and I’d like to serve this great club. I’m a keen catamaran sailor (Sprint 15) doing most Wednesday races and as many Saturday sailing in company as I can given my other commitments, as well as Open Meeting and National events. My wife is training to be a vicar in the C of E and I’m church warden and de-facto treasurer in All Hallows Church Ipswich. My most recent claim to fame is capsizing my Sprint 15 at the Nationals last week in a Force 3, a calamity for which I was awarded a prize. 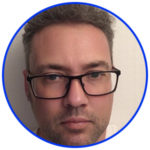 Ben joined the club in 2021 during the clubs annual Catamaran Open event. He is now a familiar face working behind the bar. Sailing is a new interest for Ben but he has been overwhlemed by the friendliness of club members, so much so that he joined. Ben brings front-of-house experience to the role as well as a firm grasp of logistics. B He has been involved in numerous charities such as “Binning Knives Saves Lives” and also coordinated, hosted and publicised their events such as The Walthamstow Great Get Together (in memory of Jo Cox). As well as being a professional magician he is a social media wizard, brining you all the updates online and in the weekly newsletter. He is keen to coordinate club events both in-house and private and to help increase our reach to gain new members. Got news, send it his way! Contact via publicity@ffsc.co.uk 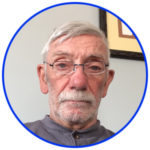 Clive joined FFSC 8 years ago when moving to Felixstowe following retiring as the managing director of a large engineering company. He has a Merry Fisher 6/10 motorboat that he uses for days out on the water and fishing. He has been involved in many club fundraising and social events and as Social Secretary this year is looking forward to reinstating all the wonderful events we enjoyed pre-COVID. Contact via social@ffsc.co.uk 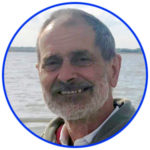 Richard has been cruising The Deben for 13 seasons but only recently moved to the local area. Several lockdowns later he is now able to get out on the water and race his Laser (164569) along as trips out on his Contessa 33 “Moonlight”. This year Richard seeks to build on the solid foundation of club sailing, especially the racing offering. Race Management, Open Meetings, Race Training, Weekend Racing, its all Richard. Cruiser racing is also on the cards for this year, yacht owners express your interest! Contact via sailing@ffsc.co.uk 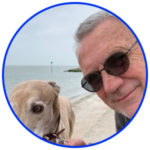 Steve joined the club in 2010 having bought an old boat and learning to sail, in that order. He has spent the time since renovating that same boat and continuing to learn to sail. He is a keen attendee of the club cruises including The Blackwater, london, Lowestoft and the slightly larger tripe to The Netherlands. This year Steve encourages all the yacht owners to get afloat and also to re-discover the fun of sailing dinghies. Contact via yachtcaptain@ffsc.co.uk 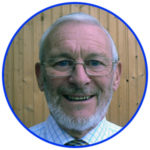 Alan sailed regularly at the ferry from 1959 to 1965 when he moved away. He resumed sailing at Felixstowe in 1984 when he took the First Felixstowe Sea Scouts sailing fromthe beach,in front of the Victoria. He quickly joined the club again and together with Mike Tehan and Betty Smith started Felixstowe Ferry Youth Sailing. Between 2001 and 2016 he wasmanager at Bawdsey Quay Watersports. He is an RYA Senior Instructor and Advanced Power Boat Instructor and is passionate about getting people on the water enjoying themselves safely and training them to acquire skills in dinghies, catamarans and powerboats. He is the principal of the FFSC RYA Recognised Training Centre. Contact via training@ffsc.co.uk 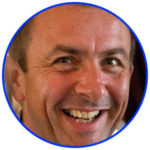 Paul has been an active club member since 2007 when he joined Youth Sailing as an adult helper, progressing to senior instructor and group leader at various times. He has been a trustee and secretary of Youth Sailing since February 2010 and represented Youth Sailing on the general committee since 2018. He previously sailed a Laser 2000 and joined the yachting fraternity in 2016 with Freya (Pandora Mk1), upgrading to Roamer (Seamaster 815) in 2018. For 2022 he wants to ensure that the young sailors, who are the future of the club, are well represented, that the club is a viable business concern, and that the committee is equally representative of all members of the club. Contact via youthsailing@ffsc.co.uk
Share. Twitter Facebook Google+ Pinterest LinkedIn Tumblr Email