Popular News
Bart’s Bash has come around which gave us another opportunity to remember the life of Andrew Simpson and also raise some money for the Andrew Simpson Sailing Foundation.
FFSC chose to do this by participating in the worldwide annual Bart’s Bash race. As well as this it was also part of the clubs on Special Race series sponsored by Suffolk Sails and Billie Box.
18 boats of many kinds turned up to race – everything from 420’s to Laser’s to F18’s, this meant that both slipways were quite crowded. Anyhow, all the boats got afloat after a briefing which informed the racers of an out-to-sea course, thanking the sponsors of the series and, of course, how they could donate to the Andrew Simpson Sailing Foundation. 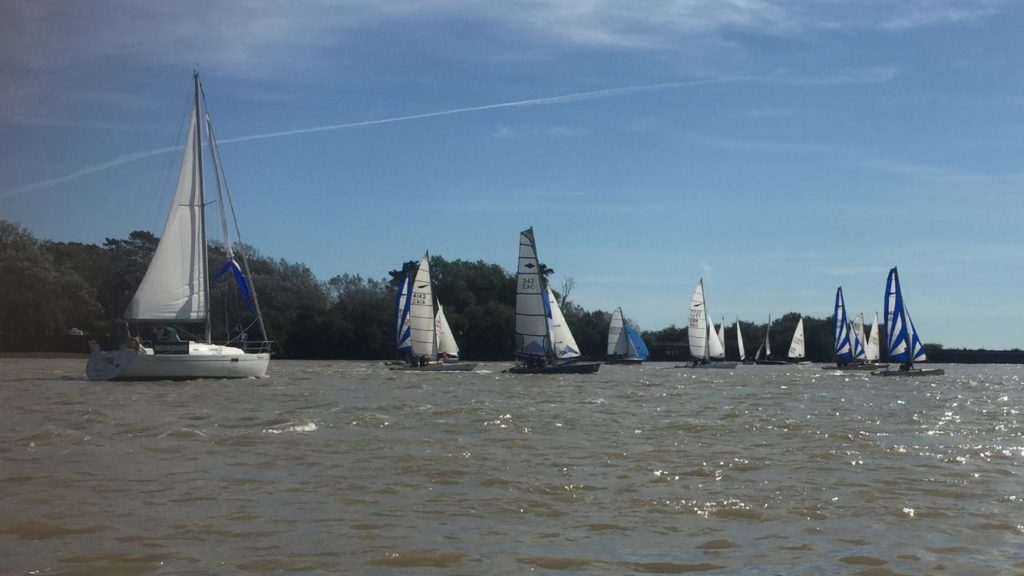 The Start was always going to be very crowded at the Bawdsey side of the river due to the lack of tide of more wind (WNW direction at the club as demonstrated by the Suffolk Sails flag). The boats leading off the startline included the Hurricane, Dart 18 (Andy and Isobel), Laser 2000 (Henry and Libby Scammel), and the F18. Very soon after the start, the Spitfire (Matt Langley and Jack Lennard) performed a spectacular pitchpole directly in front of the club – they now had a lot to catch up.
The F18 led the fleet out of the channel and down to Haven. Spinnaker boats had quite a hard time turning this corner due to the shifting winds – going from a deep broad reach to slightly into the wind with the kite. However, they were still able to pull away from the other boats due to the extra sail area. 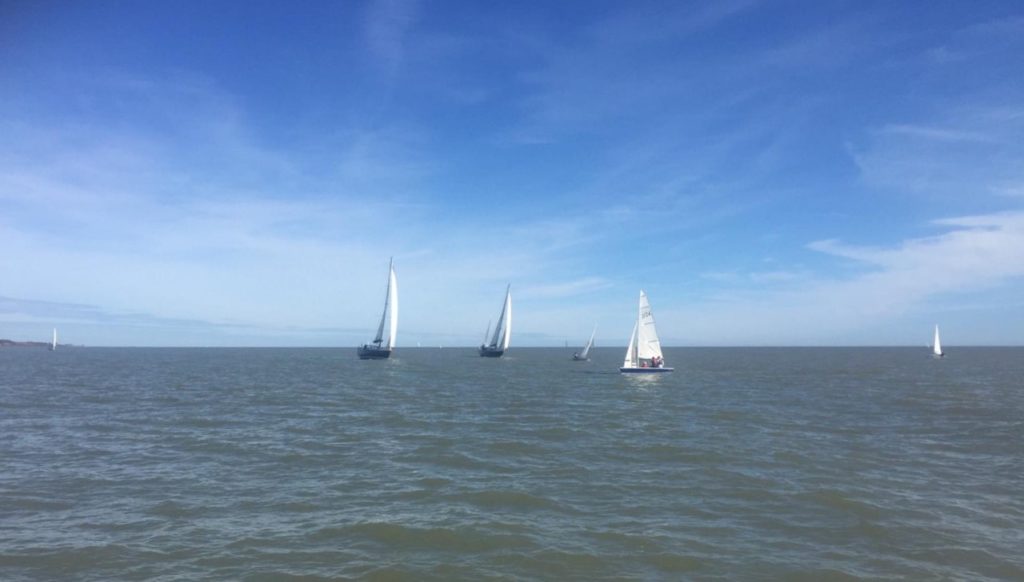 From Haven it was now a beat up to Outer. This leg confused many people due to unknown position of mark. Some of the boats went further out to sea whereas some others went straight for the mark – giving them quite a large advantage. There seemed to be more wind at the top of the beat which allowed the faster boats to extend their lead on the slower boats creating quite a spread fleet. However, the three club Dart 16’s were enjoying nice close racing between the three as well as the Laser’s.
After eventually finding the buoy and then rounding it, the fleet made its way to Dip with the F18 leading the way. This was too much of a reach for the spinnaker boats to get their sails up which would have allowed the other to catch up. The breeze here was much lighter than it was offshore so it felt like a bit of a slog. Following this was the downwind leg to West Knoll where the fleet began to make their way back into the river.
Coming back into the river and across the club line first was F18. Next was the two Dart 18’s followed by the Hurricane, Dart 16’s, Laser’s, Laser 2000.  Lily Ginger in a Laser Radial and Jessica Hillman and Ruby Fisk, in RS Quest had been battling each other around the course. Jessica and Ruby just tipped Lily at the line. This race also contained Oceanis – a yacht helmed by Chris Jones and crewed by some young sailors. Well done to all who sailed this.
The handicap results were as follows: Ed and Zac (F18) taking the win, Tim O’Leary (Laser) gaining second, Max 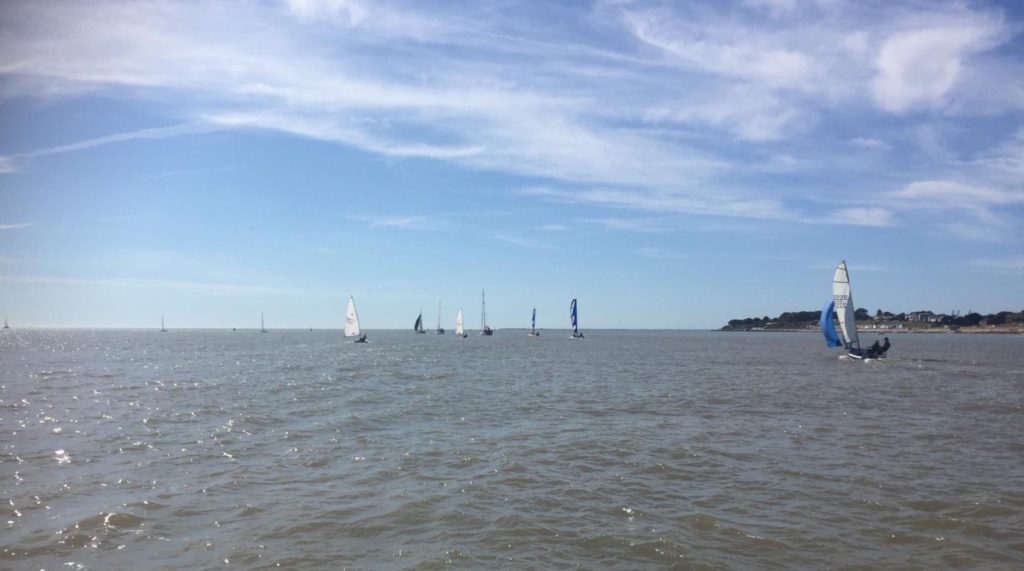 Evans (Laser).
Global results are now available on the Barts Bash website. We would like to thank Sam Walker for being the Race Officer, the Crows Nest Team and safety team, including Nick and Joe Read for Taking pictures.
Overall, Felixstowe Ferry Sailing Club raised £133.90 for the Andrew Simpson Sailing Foundation, so thank you to everyone who donated!
FFSC would also like to thank Suffolk Sails and Billie Box for sponsoring the FFSC Special Race Series (Bart’s Bash was the penultimate race).
Share. Twitter Facebook Google+ Pinterest LinkedIn Tumblr Email