For the first time FFSC ran an Easter Sunday Race. A request to members came up with the name “The Easter Bonnet Race”. The Day of the “Easter Bonnet Race” arrived and a crowd amassed on the shore to watch the fleet of boats make off from the start. After an initial postponement to let the stragglers get afloat (which was important for such an occasion) the start line was racked with lasers, laser 2000s and Darts. 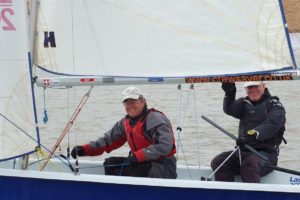 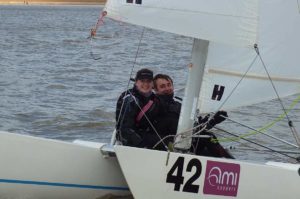 The fleet headed up the river around a mark put in off Bawdsey beach before heading around a mark in the horse sands area in the middle of the harbour. 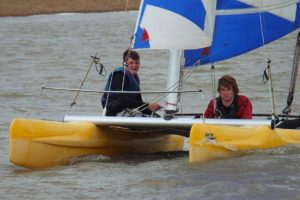 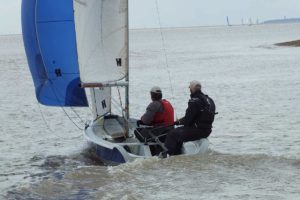 Next was a ride with the tide down to the martello tower before a slog back against the tide for a second lap. The cats maintained a good lead enough for them to take the top few positions. 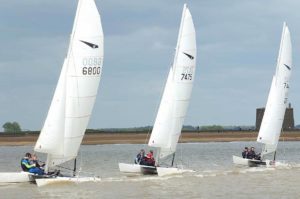 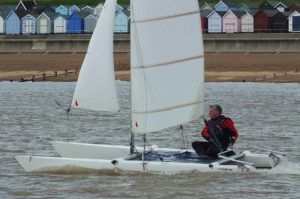 Several of the early finishers took the opportunity for a blast at sea before returning to the bar for drinks and lunch. 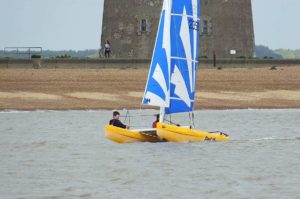 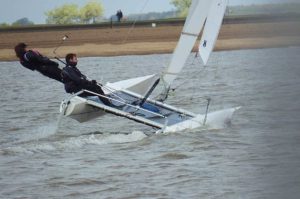 Wednesday evenings and Sunday mornings are now kicking off and we hope these are as well attended as our special races. Be sure to look out for the long distance race in a few months time. Many thanks to the crows nest team, safety team, Race Officer Tim O’leary and Paul Williams for organising.