On Wednesday the 19th of August the Felixstowe Ferry Sailing Club dinghy park welcomed the sight of the artic truck which had brought boats directly from the Europeans in Italy. It had been debated for several months which UKCRA Youth sailors would be attending the event but we had a healthy turn out and for once coach Paul Wakelin would also be sailing the event. Wednesday saw all of the boats setup in the Dinghy Park with boats borrowed from various UKIDA members and Paul Wakelin. Club racing in the evening saw a few teams hit the water for a practice drift followed by cheesy chips.

Thursday morning arrived with a steady breeze and come 2pm and with tallies on wrists the boats were pushed down the beach and made their way across the bar to the race area. The first race was immediately a discard as the race started whilst teams were doing an upwind tuning leg. Louder sound signals would have been good. James and Tom King managed to catch up and posted a 17th and 18th. After two races teams returned to the shore and pitched tents on the Millennium Green. The evening saw a quick shop for on the water race fuel followed by the commodore’s reception with a hot buffet meal for all. 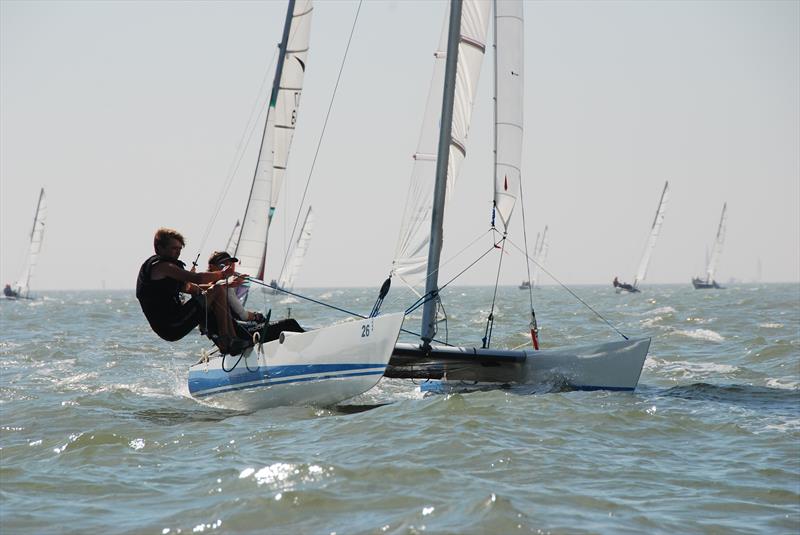 Friday racing kicked off at noon. There were several general recalls as the tide pushed the fleet across the heavily port biased line. All the teams were getting to grips with the boats and placed a lot higher than the previous day. James and Tim King placed 3rd in race 3 and Jess D’Arcy and Ross Watkins took 10th and 12th place. Sam Rowell and Dan Smith placed 19th and 24th. Caleb Cooper single handing achieved an 8th and 9th place. Fridays evening entertainment was the UKIDA games night along with the classic FFSC golf across the river. 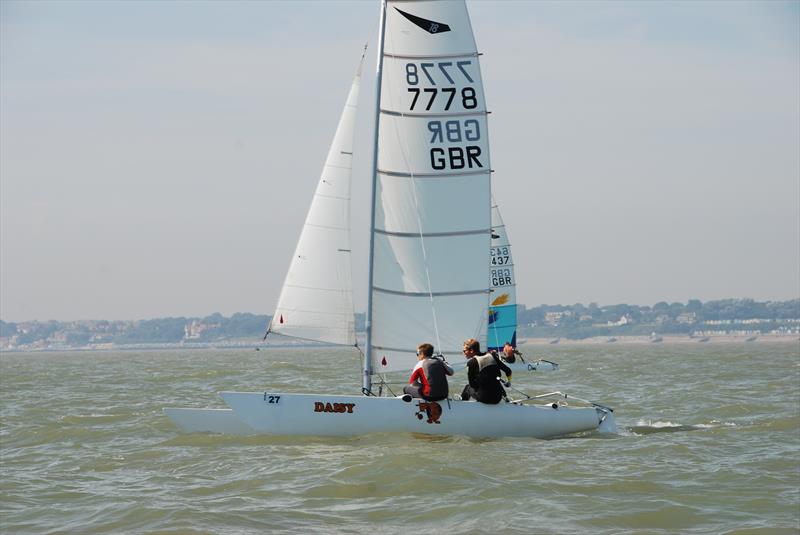 Saturday racing kicked off at noon once again. The wind pick up to around 17 knots in the afternoon which meant some hull up action was in order. The fastest part of the course was the bear away around the windward to the spreader mark. Jess and Ross pulled out another 13th place whilst Team King whipped out another 11th and 13th place. Caleb put in an 8th place in what would be the final race of the event. The remained of the afternoon was spent playing crazy golf down Felixstowe Sea Front before getting ready for the 70s themed night. All 70s themed up we were back at the club for non-alcoholic beverages, a cold buffet and terrible dancing. 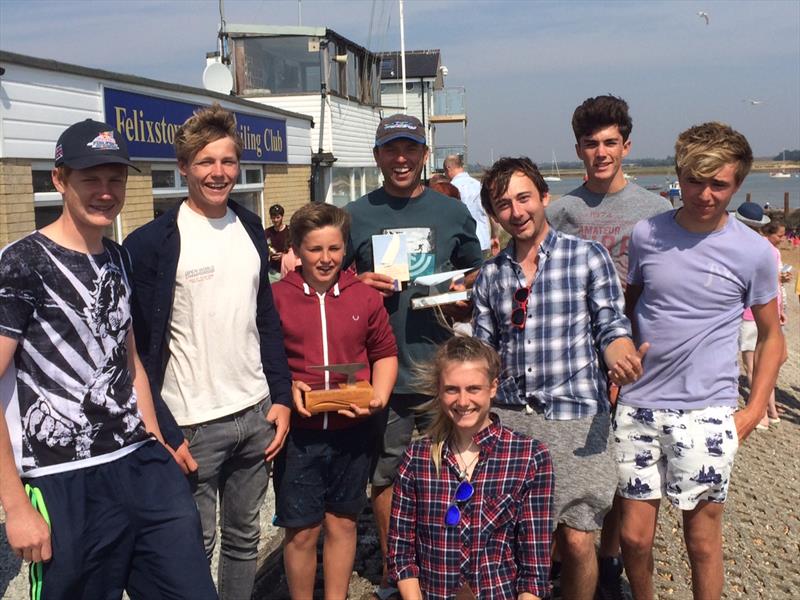