This Sunday saw the first formal running of the Methersgate Race. Last year this was an alternative course for the Long Distance Race due to high winds, however this year we decided to make it a race of its own.

Five boats launched into a slow outgoing tide which was going to make it a challenge to get to Methersgate but easy to get back. With the crowsnest manned and hooters primed the start sequence began with three club Dart 16s stemming the tide, one Dart 18 still launching and a Wayfarer afloat as well. At the gun the Dart 18 had still failed to launch but the Wayfarer had a great start with the tide catching the Dart sailors resulting in some time being taken to cross the start line. Tom and Paddy Moriarty in the Wayfarer were first off followed by Ed Swain and Matt Barker in the first Dart 16. 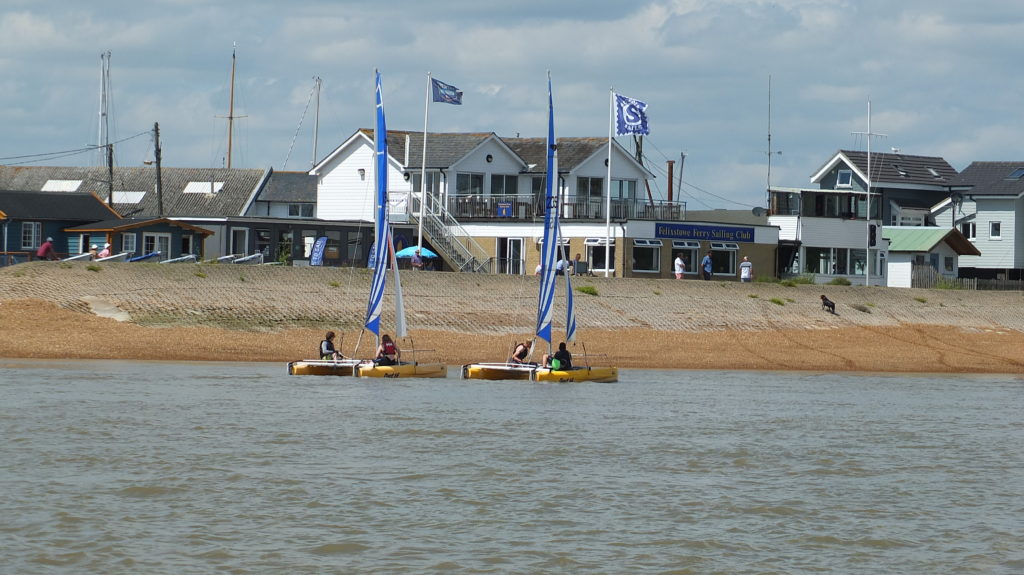 The fleet crept along the Felixstowe side of the harbour before entering the open space of the waterski area. Just one waterski boat out with a wild Dart 16 out sailing. Through the moorings Sam and Lucy had snuck past Ed and Matt. The fleet managed to avoid them but didnt managed to avoid the windshifts that shifted almost 90 degrees throughout this area. Ed Swain and Matt Barker caught up to Sam and Lucy only to be taken out by a shift. Tom and Paddy maintained a steady course in the Wayfarer keeping up with the fleet. The Dart 18 of Dan Smith and Tom Rouse caught up with Dart 16 number 3 of Jack Lennard and Holly Taylor. 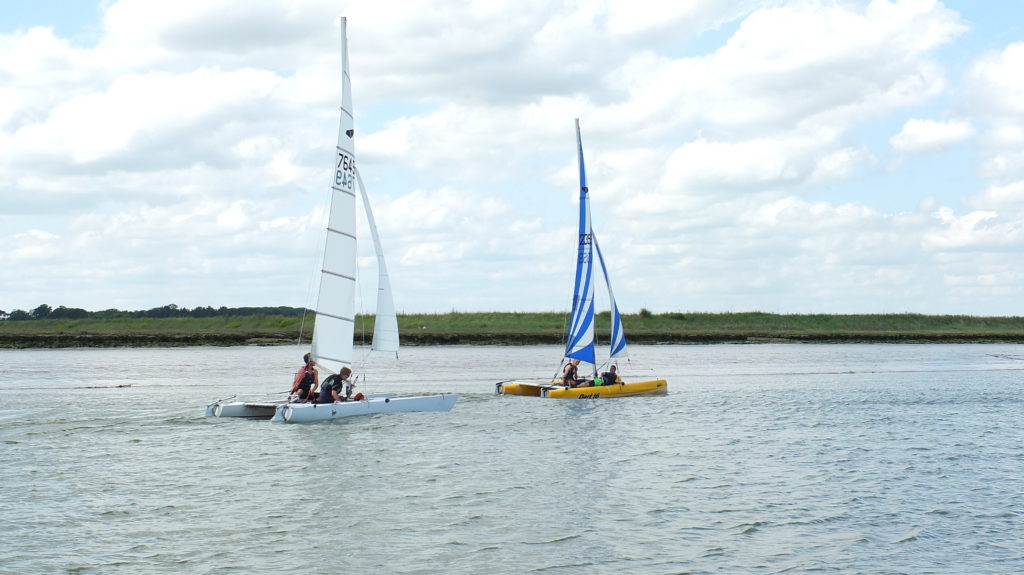 A slight bear away and onto a broad reach towards Ramsholt allowed the boats to pickup some speed before dispersing through the moorings. The wind dropped when exiting the moorings which allowed Ed and Matt to catch up to within two boat lengths of Sam and Lucy. The front boat however caught the breeze and it filled in and managed to pull away hugging the corner round the Waldringfield. Tom and Paddy couldnt be seen in their Wayfarer however it was still all to play for once handicap is applied. 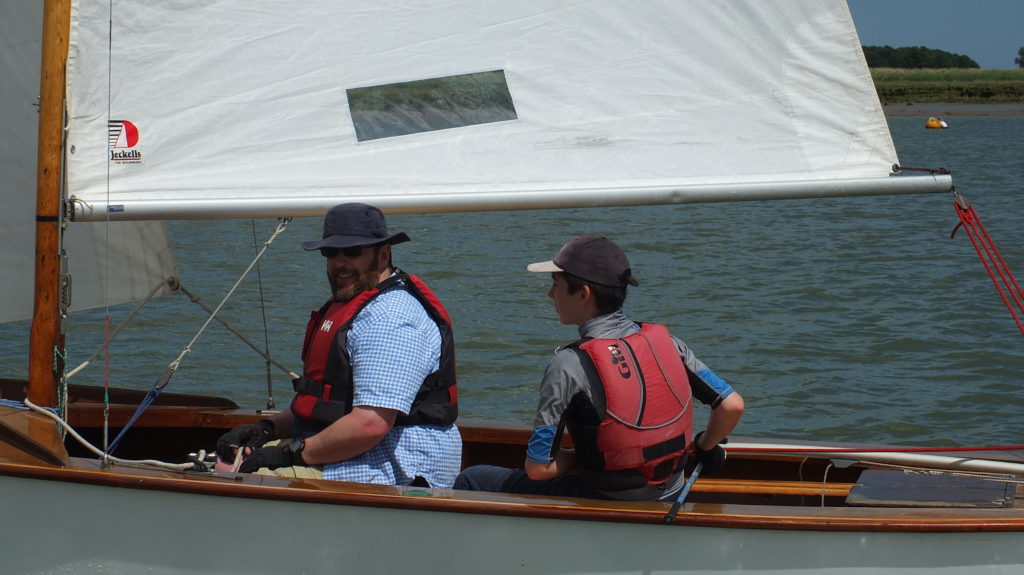 The Safety boat dropped a shortened course mark in after an hour so that the slowest boats in the fleet would make it home in a timely manner. Sam and Lucy were first around the mark followed by Ed and Matt, Dan and Tom, Jack and Holly and Tom and Paddy. 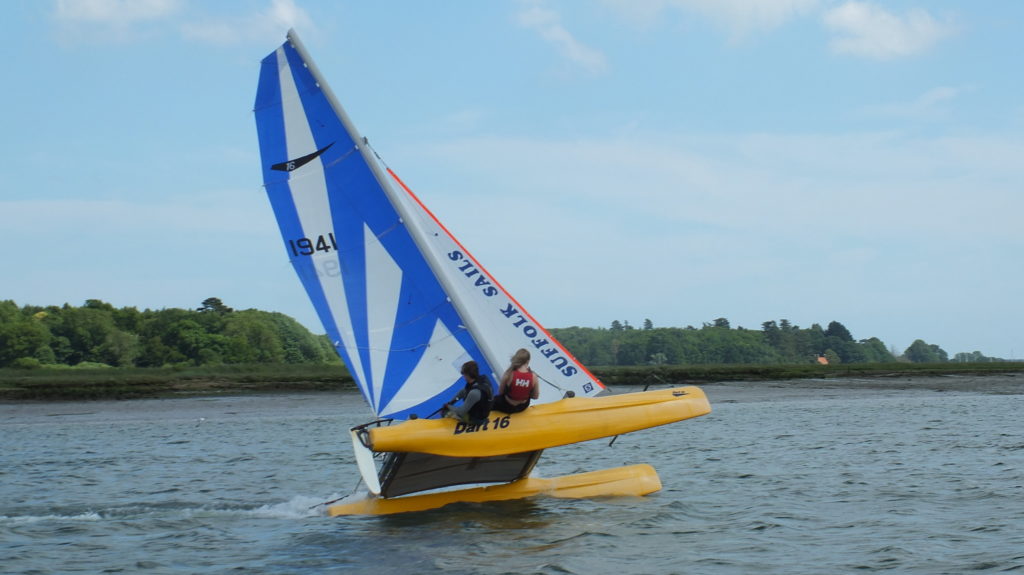 Heading upwind on the way back meant that the multihulls could finally get flying and of course the safety boats were around the capture the action. It was light winds at the start of the race and none of the teams had taken harnesses out which everyone immediately regretted. 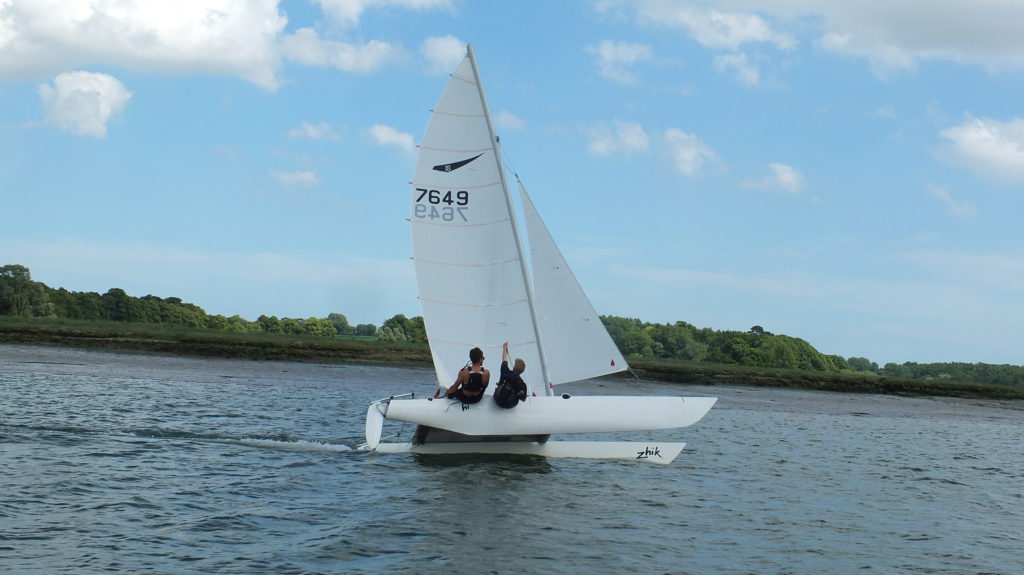 The Dart 18 caught up with Sam and Lucy who were maintaining a lead. The 18 was faster but sailing lower which meant the two boats battled it out for first place all the way back to the finish where it was time to decide whether to tack or pinch to make the line. The 16 pinched and the 18 tacked which turned out to be the better choice using the tide to assist across the line beating the 16 by 15 seconds after 1 hour and 36 minutes of racing. Celebratory backflip off the Dart 18 by Dan.

Ed and Matt were the second Dart 16 and third boat to finish with a time of 1 hour 49 minutes followed 4 minutes later by Jack and Holly. Tom and Paddy crossed the finish line after 2 hours and 10 minutes with their wooden mast still intact after what must have felt like an eternity of hiking.