Each year the Youth Sailing instructors have gone on an overnight cruise to the Walton Backwaters. This year the event was opened up to all club members and the destination changed to camping at Slaughden Sailing Club but also trying to get as far up the Alde as possible with the aim of making it to Snape. 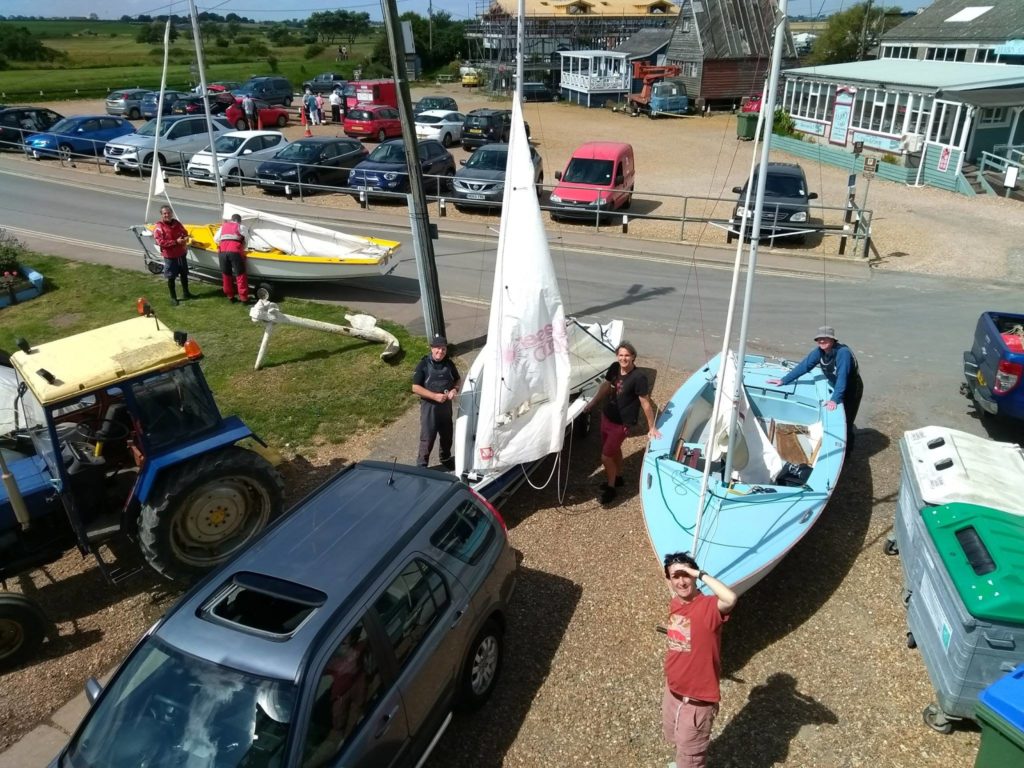 As per the title though forecast bad weather meant that the trip was adjusted somewhat to the challenge of how far can we get up our own river. The fleet was made up of Youth Sailing wayfarers, members Dart 18s and the Club Fireball and Laser 2000. Immediately before launching Sam managed to break the main block on the fireball which was promptly lashed together. Mark Swain also noticed the chain plates were fatigued on his Dart 18. Having brandished a screw driver everyone was now ready to go. 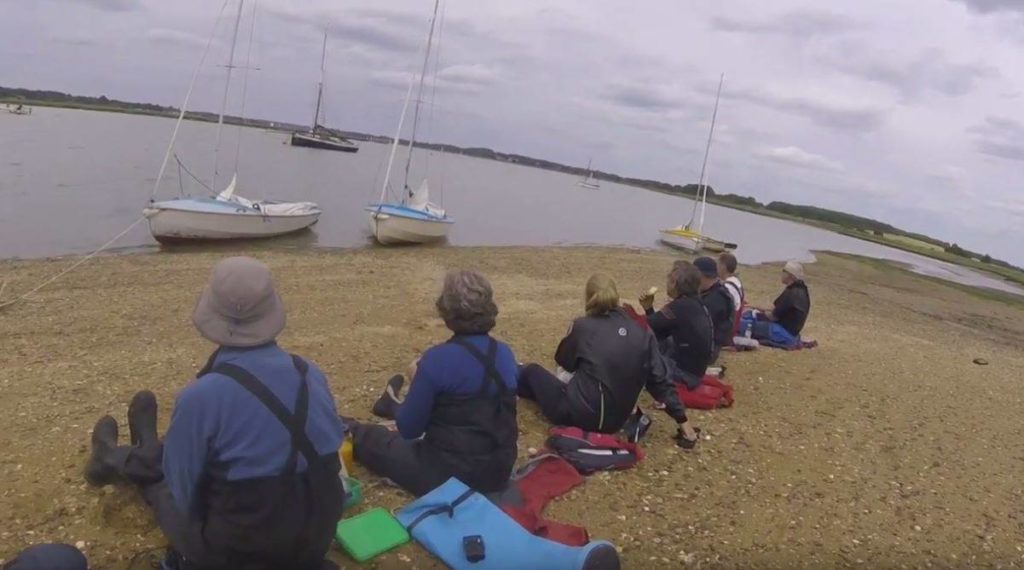 First stop was the rocks and this was where the fleet was reunited seeing as the Wayfarers had taken the opportunity for a head start whilst the cat lot organised themselves. Lunch was had here and we all watched as the Waldringfield racers sailed back and past. “Who has taken over our beach?” and “What a lovely Fireball” is exactly what they said (probably). 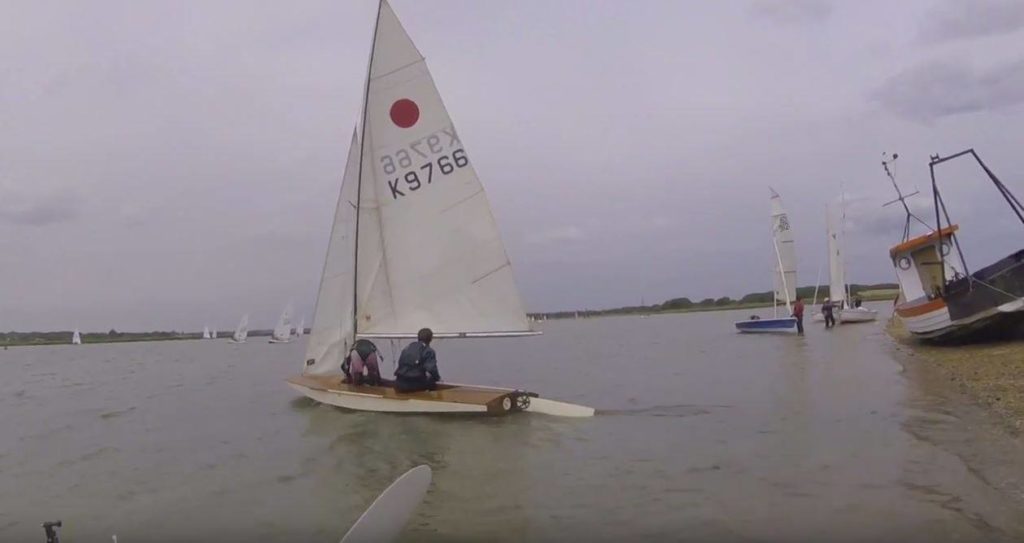 All afloat and next stop was the Tide Mill at Woodbridge. Having parted the Waldringfield fleet it was now time to also part the fleet at Deben Yacht Club. The up-river folk were so distracted by our multi hulled vessels that one Feva sailed into a yacht whilst watching us sailing past. Ashore at Woodbridge ice cream was acquired and enjoyed by all. 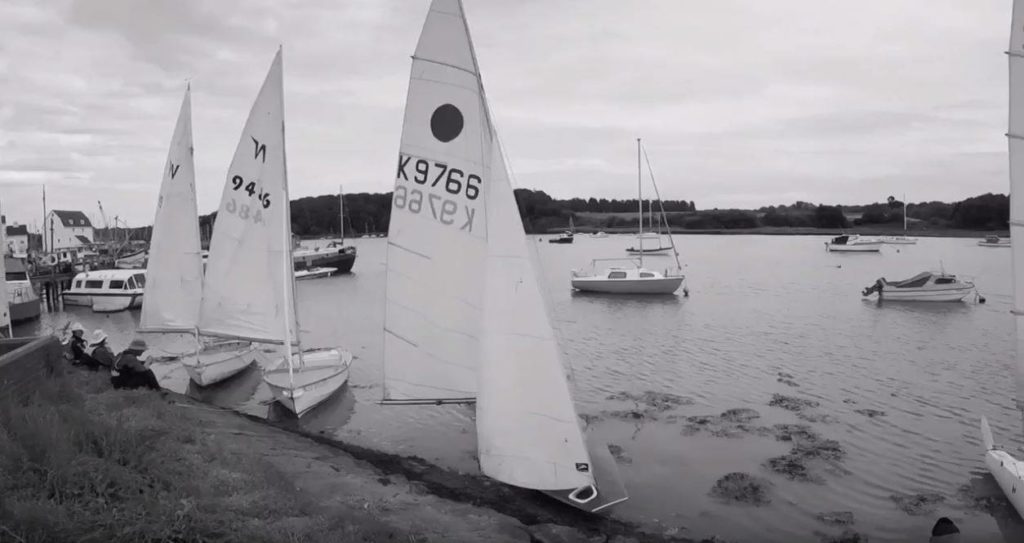 The section round from Woodbridge to Melton isnt particularly pleasant. Its slightly industrial with a few wrecks, lots of shallow points and not much wind. You can forget getting out at this point as its all mud. If youre not sailing in it then youre standing in it.

Having sailed past melton and avoided sailing into flooded fields whose banks broke many years ago the fleet had Wilford Bridge in their sights. The darts knew that they wouldnt be able to turn round and turned back early leaving the mono-hulled fleet to see how close they could actually get. Those in wayfarers saw the narrowness and lack of wind and decided not to get to close where as the sportier Laser 2000 and Fireball sailed within meters of the bridge and also avoided being sucked under by the tide. Sam Rowell and Ed Swain checked the angles and with onlookers looking baffled as to why boats had bothered to sail this far up river, managed to touch the bridge itself before putting in plenty of roll tacks to escape the tide. 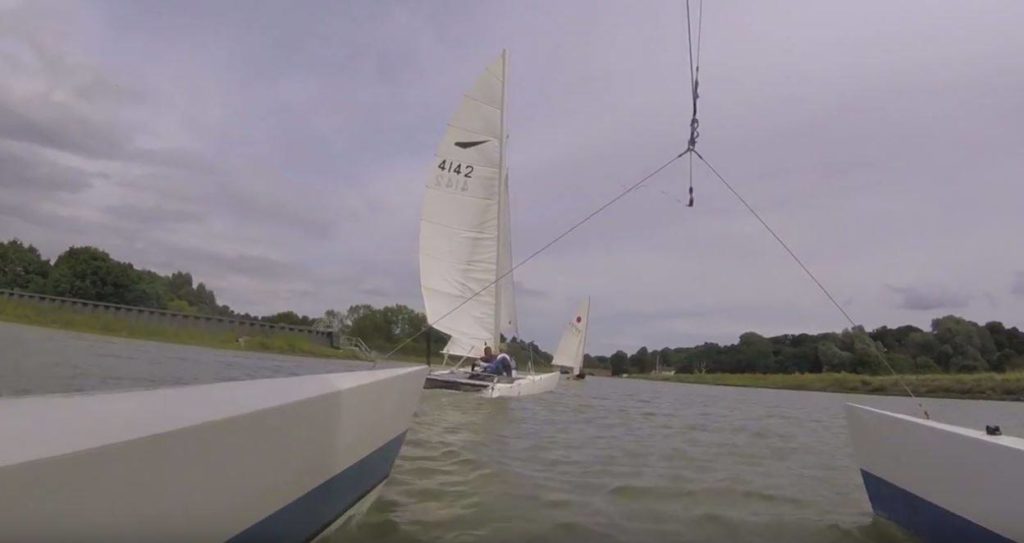 The sail back was one slog. The top of the river has navigation marks and by navigation marks I mean painted tyres and containers. Getting round the marina at Woodbridge proved difficult with the wind angles and the shallows. At DYC and Waldringfield the racers had retired for the day so no more opportunities for fun there.

Having started before lunch it was beyond 5 when we returned ashore. It was a great day and it was great to see Youth Sailing Instructors and hard core club members mixing it up in one big trip. Everyone was happy to have claimed to have made it to the bridge or even to have touched it. No safety here, just thanks to everyone who sailed and Doug Chesterman for organising!